That Thing You Do – Cover

It’s been a long time since I have updated this site. So here we are/ The 2020 Pandemic is still going on. Anyway— Back in March 2021 – My buddy Derek Hammond got in touch with me about doing one of his favorite songs. Here it is!! Joan of Dark played bass on it and little Evelyn has a cameo. It was a fun project. Click that pic below…

Prior to that we redid an old Medicated becky song “Static”. It was fun to get the band back together for a moment.

Drunk Reviews & Testing has it’s own channel over at the YouTube. o check it out and dont forget to subscribe to it ..

junkcricket / May 2, 2013 / Comments Off on ACTION FIGURES FOR SALE

It is time to sell my action figure collection. Every one of these figures are still in the box and in great shape. Some might have a bit of dust on them or a small bend in the card but almost all are mint.

Take a look and see if you are interested in anything or pass this along to any collectors you might know. I have a pretty good idea what these figures are worth and will take any reasonable offer. If you buy a “lot” of figures (for example : All the Austen Powers figures) I will cut you a deal.

Email Me with any interests or questions (Dill at dillhero.com)

I will be using these procedes to help set up “The Wizards Lab”.

You may be asking yourself , “What is this so called Wizards Lab?”

Well Madam, let me tell you… It’s a secret lab to build and create secret and important things.

Here is a small sample of the plans we have… 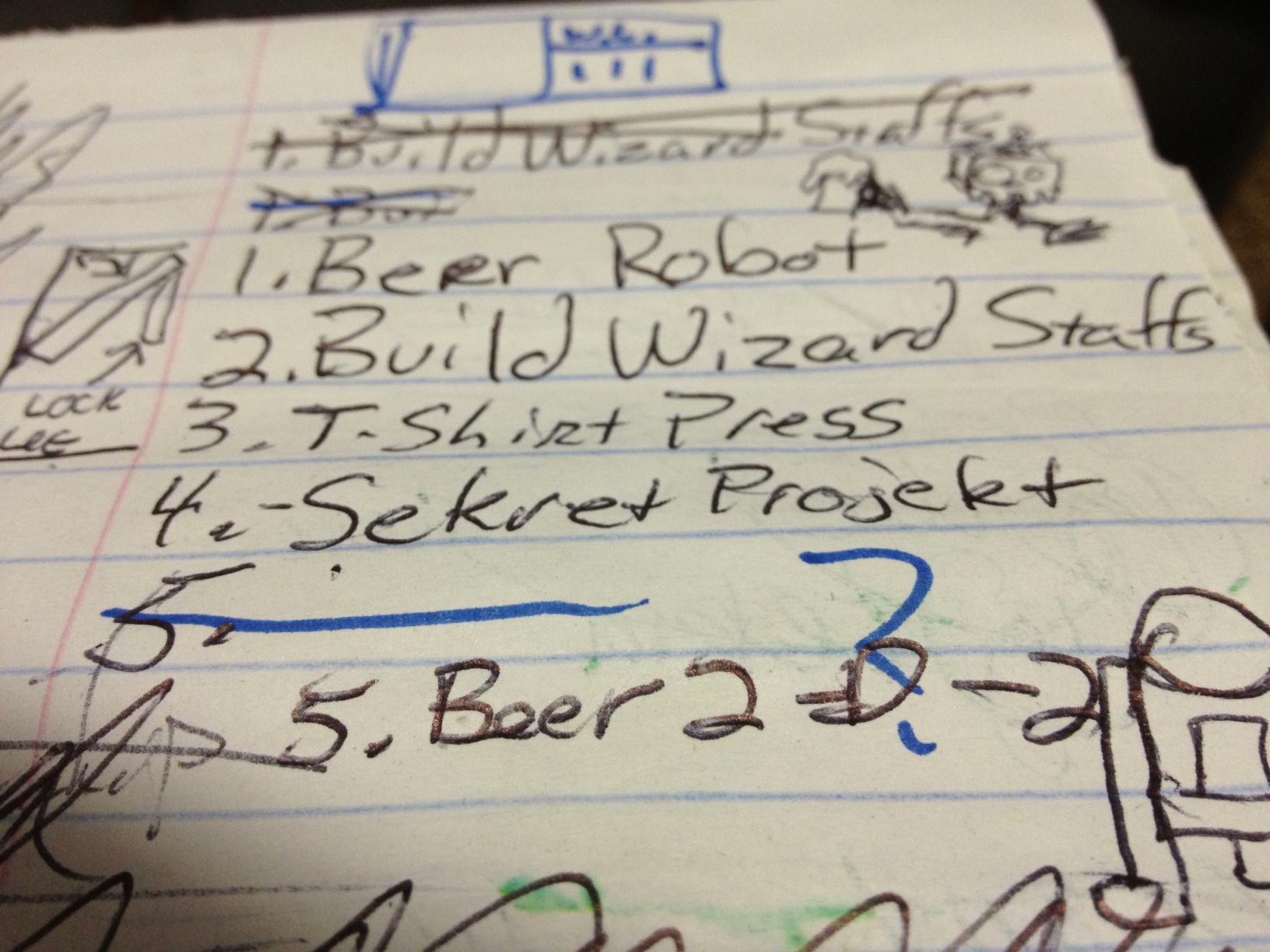 Sekret Notes from the Wizard Lab 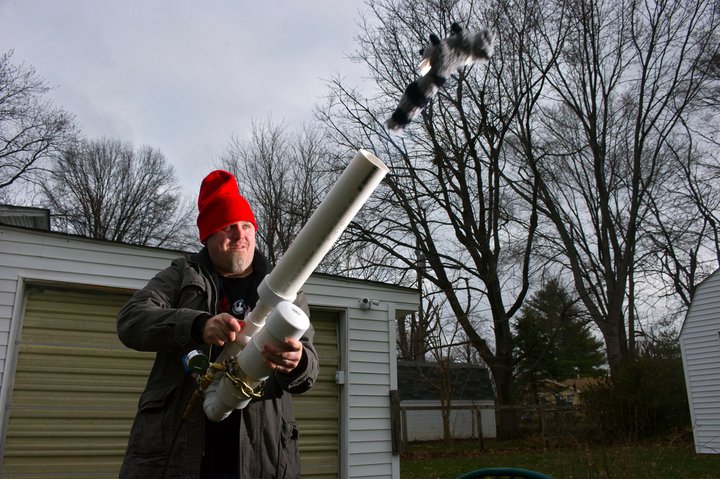 A little vid of Dill and Brownie in the great white north.

I had a job once 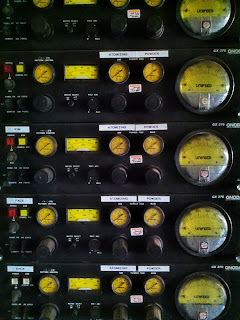 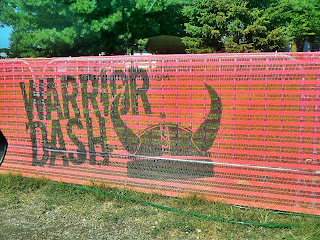 This past weekend I ran the Warrior Dash. A 5k (3miles) run through the woods, steep hills, creeks, obstacles, fire, mud, and more. I wanted to take more pictures but i dont have a rugged camera or phone and I think the final mud pit would have killed anything i had. Hell it almost killed me. It was also FUN AS HELL..

About 6 months ago a few of us were talking about this thing and I piped in “I can do that shit, no problem”. hahaha I am a dumb ass.
I knew I would need to get my cardio up for the race and just because i am getting old as shit. This was my goal.. So I looked up the slowest guy that finished in my age group from another warrior dash. My goal was 1 hour and 40 minutes.
I started training by running using the program Couch to 5K. I made a mix to run to called “Run Mutha Fuka” and the training began. I recovered our Elliptical from being a coat rack and started using it. 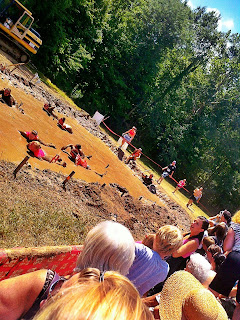 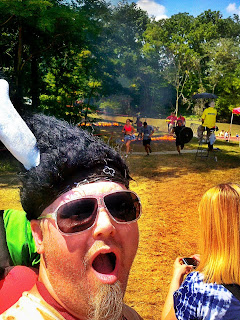 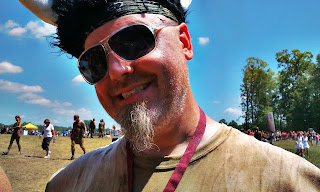 I’m so happy I could shit. 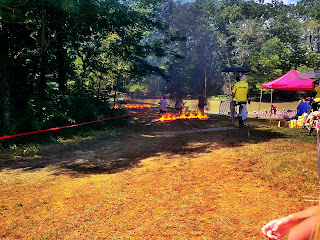 More of the fire jump 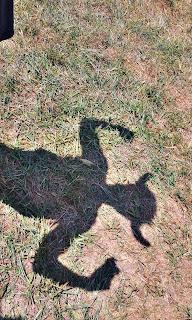 My friend ,Chris Pohl, cast a shadow of Doom 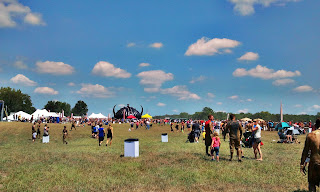 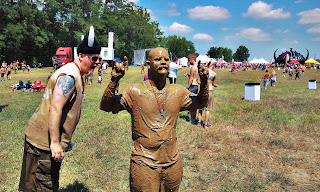 This dude just came out of the mud pit

I can’t believe I finished. Joan of Dark is ready for another dash. 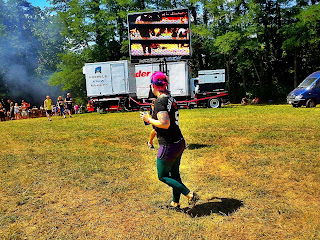 Pre Race, remember when we were clean? 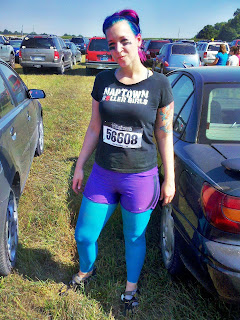 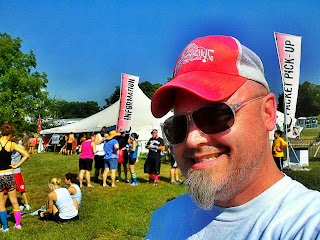 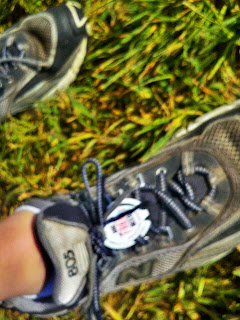 This is the RFID tag that also says “Free Beer” on it. My motivation.
I DID IT!!!!!!
in 57 minutes
It’s over
Yay Me
except Joan signed us up for something called “Rebel Race” next month.
SHIT